Hey guys! It’s the end of September! That means take advantage of these few scant hours before the scouring scourging of Rocktober to be all mellow and whatnot.

Part 3! Now we’re into the section of the menu that is divided up by proteins: seafood, chicken, beef and pork. Some of these dishes I’ve already covered, which is handy, and also makes the menu even weirder, and brings to mind a question – what is the function of the menu? The answer presented by Olive Garden1 seems to be that it’s like a presentation of options and more an index – this is how to find what you want, whether you look it up by ingredient or by course (method is, of course, completely absent, because most of the actual food-cookery is done completely offsite, so to be honest the menu would have to list as method either “fried” “boiled to death” “grilled to death” or “reheated”). It’s something like a phone book for the foods of the Olive Garden, which isn’t the same compulsively-rearranged set of the same ingredients as other fast-casual places2.

Last time, we covered the appetizers, the small plates, the soups and the salads. This time we delve into the more substantial1 realm of the mains.
Cucina Mia
This is a complicated chart, whereby you can assemble a pasta dish. It looks like this: 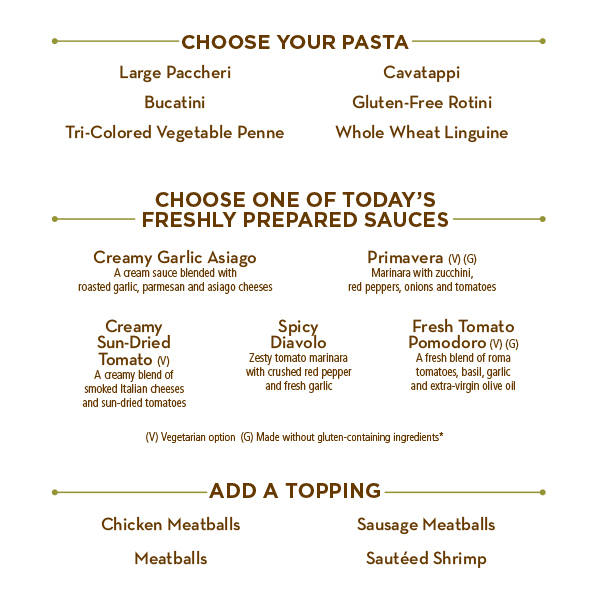 It’s the beginning of fall! Fight off that mundane fall feeling by spending an hour and a half or so pretending you’re the most interesting part of a movie with the help of this particular playlist!

Hey guys! Rather than apologize (again) for the long lull and then (again) assure you that it won’t happen again (again), I decided to do something better:

Come back every Monday for another one, so that at least if you don’t hear from me in this space, you’ll know what it is that has occupied my attention.